Three years ago, I started blogging for a lot of different reasons.

It served as a way for me to crystallize thoughts and ideas and to share them with others.

My initial intention was to keep the topics mostly professional and related to business and critical thinking. In the meantime, I started a branded parallel blog over at EndGameLeadership.com. It basically duplicated the K.W. Wrede blog for a wider business audience. END_OF_DOCUMENT_TOKEN_TO_BE_REPLACED 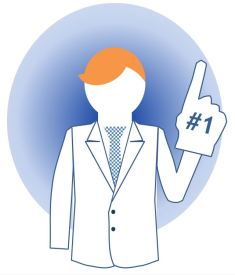 If you are a 1/3 owner in a business and you are claiming a tax loss of about $1 billion, the math implies that you had to destroy $3+ billion in corporate value to use that write-off.

Everyone associated with the company lost their jobs and a liquidation process probably recovered only pennies on the dollar for the debtors and other investors.

I’m pretty sure that is not considered a good business model.

But hey…
I might just be a bit old-fashioned.

I called this one.

Back in April 2015, I wrote a long article about my thoughts on Indiana’s Religious Freedom Restoration Act (RFRA) and its impact in a lot of areas.

One of the points I made was the often used legal phrase “What’s good for the goose is good for the gander” (it would so much cooler in Latin or Greek).

It was probably the intention of the sponsors of RFRA make some gesture of support to their conservative Christian constituency.  But, they could never draft legislation only for Christian based religions, the law had to be written in broad terms.  They didn’t expect the media frenzy that was the result of the passage of the bill.  I have the feeling they weren’t expecting this question…

What would happen when other religions claimed their rights using the RFRA?

Just over a week since the bill went into effect, we are about to find out:

END_OF_DOCUMENT_TOKEN_TO_BE_REPLACED

Why do we fear the NSA?

Why do we fear sharks?

Why do we fear anything?

Which should you fear more, the creature whose main potential for attack is within swimming distance of shore in salt water or the item that is the featured item in every single bedroom? END_OF_DOCUMENT_TOKEN_TO_BE_REPLACED 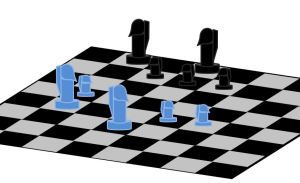 We cannot avoid the influences and effect of power in daily life.  It is a dynamic, complicated byproduct of social interaction and constantly changes even in a single relationship between two people.

How often has the phrase “where do you want to eat?” come up and how often was that decision based on your desire to eat a favorite food versus your lack of interest in making a simple decision?

Knowing that power games translate into office politics, leaders need to be able manage the powers to the benefit of the group.  A business cannot be “Lord of the Flies”.  It didn’t go well in the book, it won’t go well in the office. END_OF_DOCUMENT_TOKEN_TO_BE_REPLACED

What is the controversy with recent law signed into effect in Indiana last week on 26 March?

In the popular press coverage it is called “Indiana’s Anti- LGBT Legislation”.  How did that happen?

One of the interesting facets of current news topics is how they are reported and their social influence.  Sometimes the influence is well below the media hype and sometimes the media focuses on the best click-worthy aspect and misses the wider picture.

I don’t want to get into the politics of “Anti this or that”, but let’s examine the wider picture of the effect of this public policy on business, business issues, review some history, and who I think it affects.

If you asked any American “Should all Americans have religious freedom?”, I’d bet that you would get a near 100% resounding “Yes!”  I mean, the bill passed 40 – 10, a significant margin.

In the fuzziness of our memories, we all know that it is protected by some Constitutional amendment.  (Don’t worry, not testable, I checked for everyone, it is the 1st Amendment.)

In Western Europe, if you asked the same question, they would say yes too, but they would be puzzled by the question.  Most constitutions in Europe list religious freedom as a basic human right and it is not considered a political problem unless public safety become an issue.

When we see something that seems both complex and obvious, you have to do two things: drill down a little to understand it better and step back to see and understand the context.

This is going to be a loooong discussion, if you stop now, I’ll understand.