Skip to content
HomeLeadership Helped Me Lose 15 Pounds… and Counting. 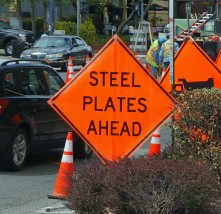 I think like everyone, I could stand to drop a little weight.

I’m not morbidly obese, but I have a specific weight, 195 pounds (or about 88.5 kilos) where I really start to feel awful.

I’m lethargic, I have nightly acid reflux, blood pressure is up, and my lab results tend toward those seemingly inevitable middle-age guy twin-cities’ destination: Prediabetes and Prehypertension.

Bit of a plug here

I recently wrote a book on leadership (so, a bit of a plug here – “6 Rabbit Holes of Leadership” ebook, paperback).

In Chapter 5, I make the point on how important it is to follow the science and use evidence for effective leadership and not become distracted by ineffective, though compelling anecdotes.

(I recognize the irony of how you are reading one now.)

The path to great abs is low subcutaneous fat and not bulging abdominal muscles.

First and foremost, abdominal muscles don’t (and can’t) really bulge. You have to reveal them by removing the fat that covers them up.

So, a great eating habits are the key.

Idiot me, it is something I’ve known for years, but did nothing to fix. For the last three years I have had the nutritional self-discipline of a three year old child… pretty much what I want and whenever I wanted it.

Warning: Don’t take any health or diet advice from me, I am unqualified to give any. But, I am following the science and it is working. I am (roughly) following the program provided by Ray Cronise as described by Penn Jillette in his book “Presto!: How I Made Over 100 Pounds Disappear and Other Magical Tales”

I recommend Penn’s book, but I will warn you that Penn is an unfiltered communicator and I have no problem with it. Let’s just say that he has a fulminatious way of communicating and I like it.

It’s all in your mind.

If there was one key takeaway from this experience it is that of framing.

Framing is a sort of mindset you have to a given situation.

My framing is that I am not dieting because “dieting” implies a temporary eating pattern, with a temporary goal, and everything stops when the goal is reached. In other words, you return to your former bad habits as soon as you reach your goal.

With the old habits, comes the weight.

My new framing is just to eat in a manner that is nutritionally dense, and adequate in terms of calories.

So, I’m taking my own advice.

There are side effects to my framing.

Blood pressure is down.

The empirical science seems to be showing that the nutritional science is working.

Plus, I fit in pants I haven’t worn in 8 years.

My long term plan is to lose another 15 pounds, then get back to the gym to gain 10 pounds of muscle and hover around 175 for the coming golden years.

I can’t say that I have fantastic abs, but I can say “I have a decent impression of abs”.

Knowledge begins with the discovery of truth.

I’m humbled by finding the core of truth in myself from a couple of jugglers and an improv actor who might just be better human beings than I am.

They reinforce my philosophy that critical thinking is always first applied to yourself.