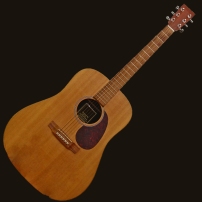 I, like everyone else, was vastly entertained and totally engaged by Chris Hadfield during his missions assigned to the International Space Station (ISS).

It was a great piece of public outreach that I think captured the world’s attention on science and space.

So, why does this topic show up here?

Think of it as a thought experiment.

A way to exercise critical thinking skills and follow a line of research.

As I watched Chris’ videos I thought to myself “where the hell did he find a guitar?”
“Did NASA waste money just to get the instrument up there just for Hadfield?”

This is nothing more than an example of following a simple thread of thought that I found interesting.  An example of posing a question (or two) and trying to find reasonable answers.

Chris Hadfield is a retired Canadian military pilot and astronaut.  He is best known for his public science outreach and enormous following on social media because of his music videos and the connection he was able to make through music.

He has had a remarkable career.  Among his many professional accomplishments he flew as a mission specialist on two shuttle missions (STS-74 and STS-100), the only Canadian to board the MIR space station, and was the commander of the International Space Station (ISS, Expedition 35).

I was surprised to see him with a guitar when considering space and weight limitations.  So, I thought to myself how much did that guitar really cost?

So, what did it cost to get that guitar from south Florida to the ISS’s low earth orbit?

I estimated the following:

Though I call it “Hadfield’s guitar”, the guitar was actually delivered by the space shuttle Discovery’s STS-105 mission in 2001.[1]  It has been a part of the morale and welfare kit for the last 14 years.  (From an amortized point of view, it seems like a good value.)  Hatfield is not the only person to play it over the years.  I’m supposing the other players were more like me and unwilling to be recorded for posterity (or perhaps ridicule).

If you remember the movie “Apollo 13” there was a scene when the ground engineers have to figure out a workaround to get the CO2 scrubbers working with just the materials onboard Apollo 13.  Without the scrubbers, the astronauts were in real danger of suffocating from the buildup of CO2 gases in their enclosed environment.  That process was actually based on something you might not suspect… NASA keeps an exact duplicate inventory of everything on every mission.  In case they need to figure out a problem with the materials on hand, as in Apollo 13.

They have a duplicate Larrivée parlor guitar ready to spring into action in case of a space musical emergency.  Maybe they’ll need wood or metal strings to repair something unforeseen.

(My thoughts went to defense against space vampires, but I’m eclectic.)

So to answer my original questions – Hadfield didn’t bring a guitar, but there was one already there waiting for him.

In the end, the guitar ended up as more than a simple way to fill downtime.  It was goodwill, good press, and fantastic science outreach.

The confluence of a nice and talented guy, a parlor guitar, and the accessibility of social media (video and text) created an unintended opportunity that nobody would have ever considered back in 2001.

A national space program exists at the will of the public.  Science is a hard sell because science is hard.  The Apollo program was based on national pride.  The shuttle program was founded on the excitement of exploration.  The space program then suffered through the tragedy of two shuttle disasters.

Through it all, our space program, both crewed and robotic, has been a foundation of scientific and technological advancement.  These advances have spilled over into hundreds of industries and fields of study.

I say if the price of two guitars can fractionally promote these efforts, then they are worth every penny.  Which answers my second question, NASA didn’t waste the money.

My point?  Ask your own questions, exercise your curiosity, and seek out answers.