Skip to content
HomeSpeed Bump to Urgency, Dealing with Deniers

During a crisis, time is of the essence. 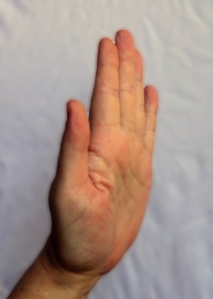 Momentum is essential and you need everyone working toward resolution, whatever direction it may take.

Your company is facing deterioration, sales are flattening.  A crisis is looming like a boulder balancing on the edge of steep slope, you are running out of cash.  You have six months or bankruptcy.

Change is a source of uncertainty.  Leadership is a necessity to navigate a through periods of uncertainty.  A sense of urgency gives purpose to people during a transition, everyone must feel the urgency and that determination must be transferred to action.  Any distraction that slows the momentum could affect the success of the change strategy.

How do you deal with the person who is disrupting change, the one individual who is slowing everyone and everything down?

“A Sense of Urgency”

The book “A Sense of Urgency“, by John P. Kotter, is an overview of how to create a sense of urgency in a period of change or crisis.  Urgency is needed to accomplish change or to make a correction.  But, how do you deal with people who not only resist the need for change, but actively work against it – destroying the needed resolve?

Kotter differentiates between the resistance leader, a “NoNo”, and an honest “skeptic”.  A skeptic will uncover weak points in an arguments that, when examined, will improve the decision making. NoNos are more widely known as deniers. They will not only deny the evidence, they will foment active resistance.  The difference between the two is that skeptics will, upon presentation of solid evidence, change their minds.

How do you deal with the Deniers?

The most important first step is to identify who they are. Unlike a rattlesnake, the Denier gives no warning. They are discovered as a source of discord after your momentum is lost and the sense of urgency is gone.

Kotter mentions two actions that will not work and three that will.

The two that will not work are the two actions most people would naturally take, but Kotter says that they are ineffective and time consuming. Time is what you do not have, urgency, remember?

Do not waste your time with these two terrible options:

Co-opting the Denier is a collegial attempt to bring them into the inner circle to make them “part of the solution”. Their place in the circle puts them in a key position to continuously argue against change and to defer the executive process with delaying tactics: missed meetings, other priorities, dealing with daily operational “crises”.

Ignoring the Denier places the problem in a different location away from the inner circle. They have the opportunity to undermine the authority of the other senior executives with a whisper campaign.

The active distraction entails moving them to a position or location away from the change process.  The distance and workload will keep them busy and prevents them from undermining the sense of urgency.

Firing directly is just as it sounds. “We have a difference of opinion, and it is hurting the enterprise. You change or go.”  (Great line Kotter.) Sweeten the offer with a generous separation package.

Indirect firing has two possibilities.  First, you not only transfer them, but they are transferred to a lower position.  A hint that they may have already been promoted beyond their abilities.  Second, you reorganize the structure of the company.  In many European countries, a corporate reorganization is one of the only ways to eliminate a job and, thereby, the person.

A word of caution here… You need to be careful to be able to substantiate the change in such a way that it is in the best interest of the company and not personal retribution.

Social correction has to be a delicate and subtle tool. There must be a culture in the company that does not condone bad behavior. Such behavior can be held up to the light, but must be discussed in professional way and not as a form of social ridicule that could interpreted as a toxic work environment.  The power behind this tactic is peer pressure and group conformity.

In a crisis you do not have the time or energy for distractions.

Recognize them for the threat that they represent.

Regardless of the solution you use, it is important to address the problem immediately.  Resolve it in a way that decisively and quickly neutralizes the denier and the unwanted distractions.